CITIZEN TONY: WHAT DOES IT MEAN? 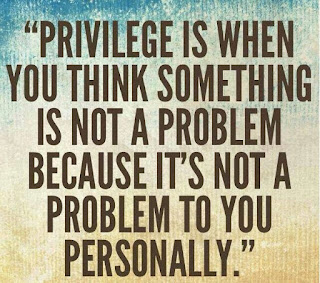 It was early in the morning. Very early. Around 4:30 a.m. Dawn was still hours away in quiet Medina, Ohio.

Flashlight in hand - our back porch light had burned out and hadn’t been replaced yet - I walked down my driveway between the two rows of parked cars. I had seen the newspaper delivery person’s car as it made its way around the “U” of Bradley Court. My home address is Damon Drive, but our driveway is on Bradley.

I was half-awake, having fallen asleep on the couch. I figured, as long as I was up, I’d get the day’s newspapers. So I walked toward our mailbox with its attached holders for newspaper deliveries at that early hour, armed with only a flashlight.

I was startled by the unexpected appearance of a police officer on my lawn near the mailbox. So startled I didn’t raise my flashlight. He apologized for startling me, then asked if there was something going on. I didn’t think before answering. I told him I was getting the newspapers.

I asked him if there was something going on in the neighborhood I should know about. He seemed a little put out by me asking him the question. He said there wasn’t. He was merely taking a walk around the neighborhood while on patrol. At no time during this exchange did I think about raising my flashlight to get a better look at him or asking him for identification.

Later that day, I would call the Medina police department to check on what happened that morning. The person answering seemed confused by my question, went to ask someone else in the office and returned to tell me that, yes, sometimes when they have time, the officers will leave their cars to walk around a neighborhood.

When my son Ed came home from work, he told me that, when he left for work that morning there was a printed note on his car window. It said the Medina police had patrolled our street earlier in the morning. Which made me remember that such notes had been placed on our mailbox once or twice in the distant past.

Even so, I couldn’t stop thinking about the encounter.

The Akron Beacon Journal ran a front-page story under the overall title “Race in America.” The headline:

We ask: What does it mean to be white?

The story asked readers to send their thoughts on that question to the editors. It added your name would be included with responses they chose to publish.

My initial reaction was that this was a dumb question. Which, given the increasing violence of white supremacists in this country, was an unfair reaction. Clearly, what it means to be white for too many white people, including our dumpster president, is being afraid of anyone who isn’t white, being resentful of anything that non-whites achieve and being smouldering buckets of bigotry, racism and just plain hate. But not, thankfully, all white people.

So I thought about the question and here are the thoughts that came to my mind as I did...

It never remotely crossed my mind that my “confronting” the officer might go badly...even though I’ve been slammed against a police car a few times in my life. I was a white man in my pajamas in a mostly white neighborhood. He probably saw me walking out of my house. I didn’t expect negative consequences, so much so that, as I said, the thought never occurred to me. In the exact same circumstances, a black man would likely have been questioned more and would not have the same expectation of walking back into his house without incident. That’s what it means to be white...and I get angry when I think about it.

Several years back, at a convention, walking down a street with a black friend, I saw the unbearable pain in his eyes when he told me of white people crossing the street if they saw him walking on the same side of the street as they were. Excuse me, I would have found that pain unbearable. He had to bear it. It was part of his life in these United States. That’s what it means to be white...and I get angry when I think about it.

Slavery didn’t put an end to white supremacists. They enacted Jim Crow laws to keep black people down. They have tried to keep them from certain neighborhoods. They put up huge statues and monuments to traitors to tell black people they weren’t welcome. That’s what it means to be white...and I get angry thinking about it.

Black people get “policed” more excessively and sentenced way more harshly because of their skin color. Republicans do everything they can to suppress minority voters. If a TV news report shows a man taking food from a store in a disaster area, the color of the man’s skin determines whether he’ll be identified as a looter or somebody heroically trying to feed his family. That is what it means to be white. It’s neither justified or moral in any way.

If you’re getting angry at me and clucking away like the soulless Nazi sympathizers some of you are, fuck you. If you do your fucking homework, if you do the reading, if you accept that there is truth and there is what you get from the dumpster president and his Fox News and alt-right partners-in-crime, you’ll quickly see that none of the above is an exaggeration.

Ironically, I have never felt particularly white. When I was just starting school, my family moved from a predominantly Italian area of Cleveland to a neighborhood where we were among the few Italian families. The Untouchables were a hit TV series and it seemed like many - perhaps most - of the gangsters brought to justice by Robert Stack’s Eliot Ness were Italian. That show had an effect on how we were seen by others. I had classmates who assumed my father was in the Mafia. It hurt.

That pain? It’s not one-millionth of what almost every black person in America has experienced. If I had to experience what they did, what they still experience, I’d be angry all the time...and I doubt I’d be able to handle it. That’s what it means to be white.

Not for a second do I believe that’s all it means to be white. We are not all racists. We do not all believe in white supremacy. We don’t always realize how much a role white privilege plays in our lives - no more than guys think about their male privilege and the Christians think about their Christian privilege - but that doesn’t automatically make us bad people. It makes us people that need to become more self-aware about themselves and the world and country in which they live. I’m an optimist. I think we’ll get there. It’s that hope that keeps me going.

I’m curious as to what responses the Akron Beacon Journal will get to their question...and what responses they will actually publish. As the newspaper has moved further to the right, my trust in it has dropped quite a bit. But, maybe, just maybe, this will be the start of a conversation our country needs to have and needs to have sans the prevarications of the right. Ask the question honestly, answer the question honestly, learn from the answers.

I have no problem with Medina policemen walking the neighborhoods at night. I think they should walk them during the day as well. I can give them good reasons for both.

The house next door to ours has been vacant since its owner passed away a year or so ago. From time to time, not often, someone checks on the house. I’d feel better if it were put on the market and sold and occupied. An empty house is just asking for trouble,

I have seen suspicious activity on the “U” during the day. When I say “suspicious” what I’m really saying is I’ve seen drug deals on the “U.” I’ve alerted the police to these and have requested that they swing by during the afternoon just before and after the high school - one block away - lets out.

So I welcome a police presence in my neighborhood. I want the place where I live to be safe for folks of all colors, creeds and sexual orientations. I want the city where I live and the country it’s in to be the vibrant melting pot that is the true promise of America. That’s what we all need to be working toward.

If you object to what I have written, send your complaining emails to...
yourass@whereyoushouldstickthem.com

The rest of you can submit your comments here or send them to me at my usual email address.

I’ll be back soon with an installment of “Rawhide Kid Wednesday.” Yeah, I know it won’t be posted on Wednesday, but I’m catching up on the bloggy thing as fast as I can.

That’s our bloggy thing and I think we can all do better. Say that with an Australian accent and it’ll sound really cool.

Posted by Tony Isabella at 7:05 PM