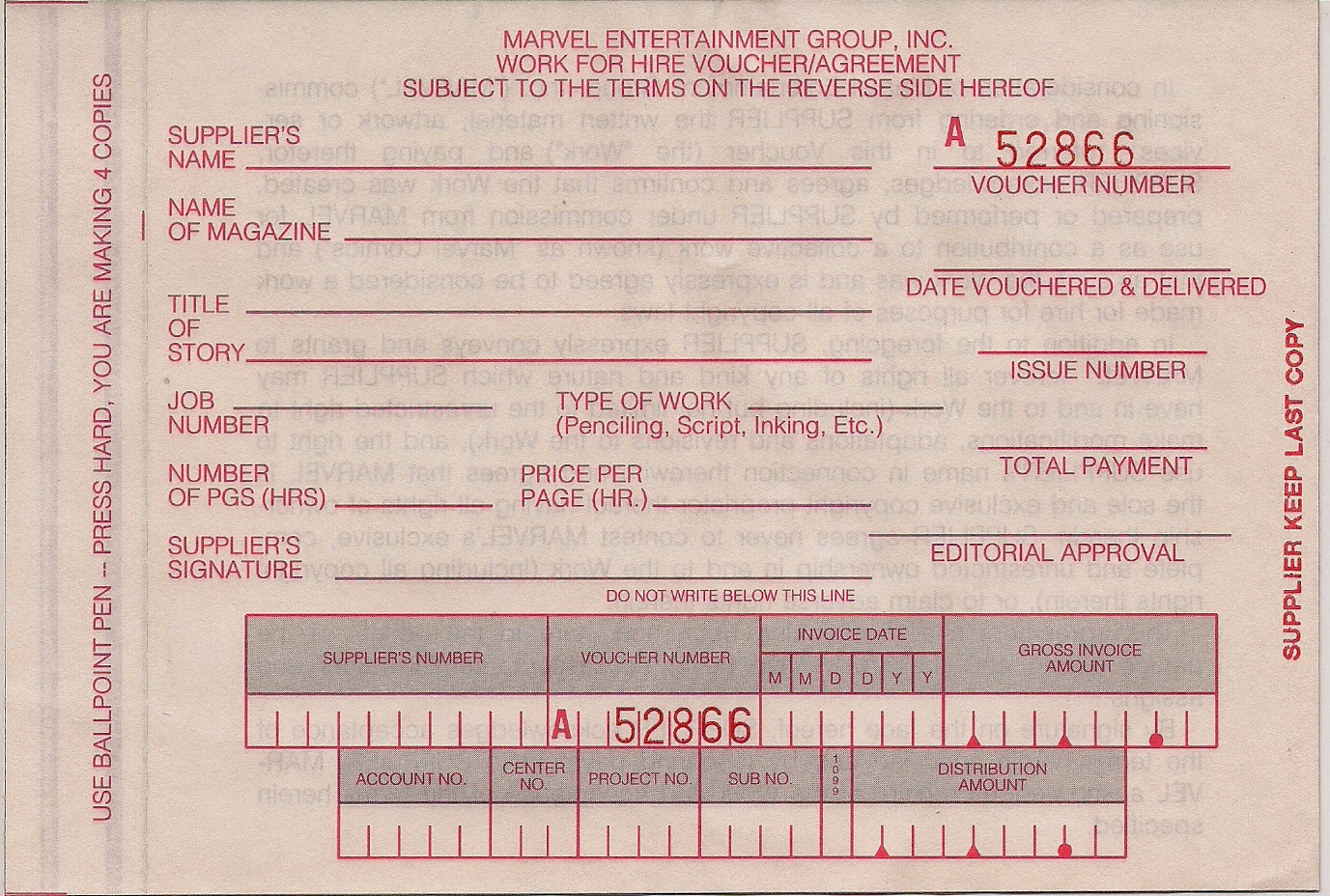 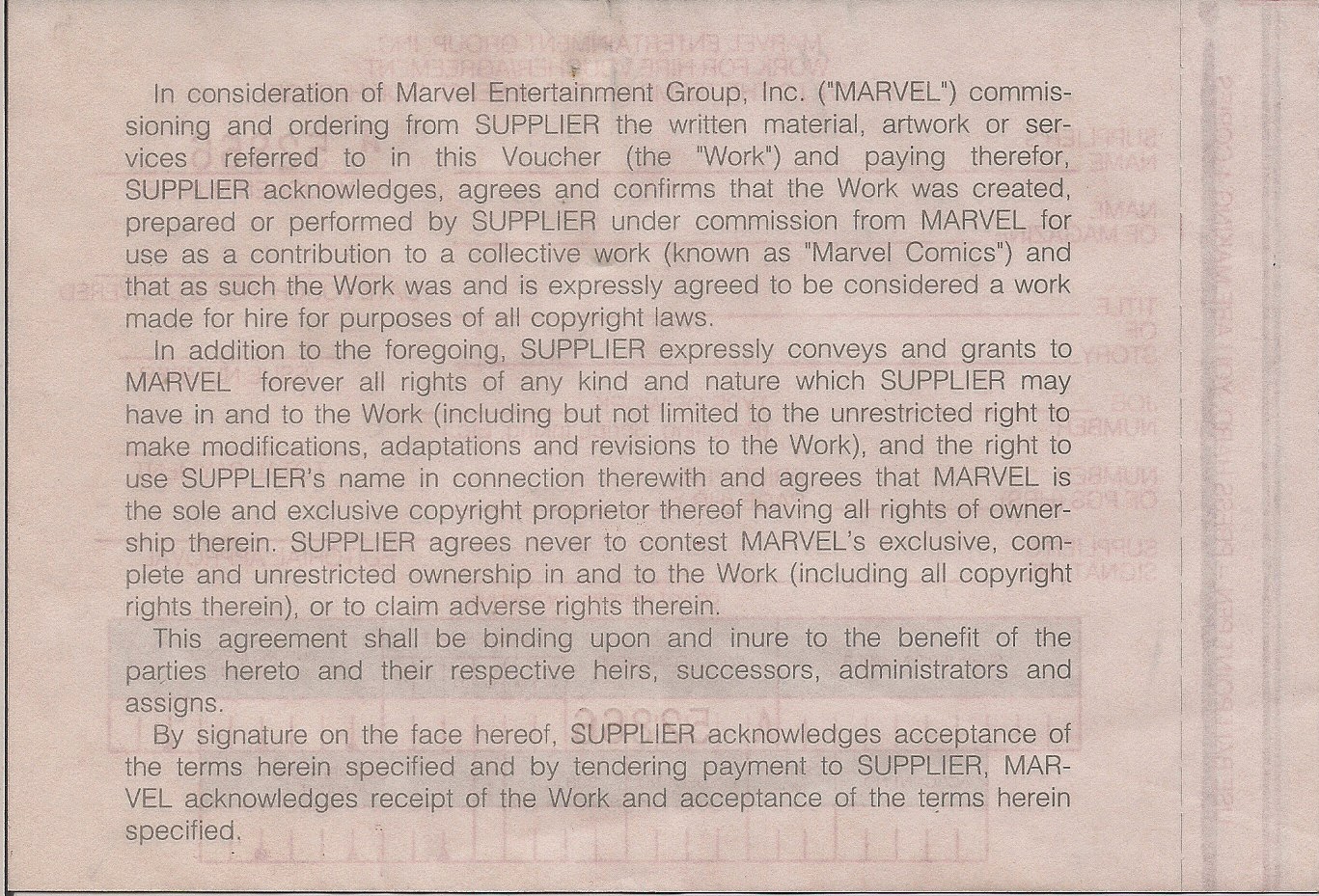 While going through a box from my Vast Accumulation of Stuff, I came across a half-dozen of these blank Marvel Comics vouchers. I'm fairly sure they are from the 1970s, but they don't have any dates listed on them.

There are four sheets to each voucher, which had to be filled out with a ballpoint pen. Since you were making four copies, you had to press down hard as you filled them out. The fourth copy was for the "supplier" or freelancer.

I have no idea if these are worth anything or not. I suppose I could go on eBay and see if anyone has or is selling them. I plan to hold on them for a while, so that's not an issue at present. When and if I do sell them, they will turn up in one of my online Vast Accumulation of Stuff sales.

Look for more mini-blog bonus posts as my time permits.
Posted by Tony Isabella at 10:43 AM