THE SPIDER #3: RETURN OF THE RACKET KINGS 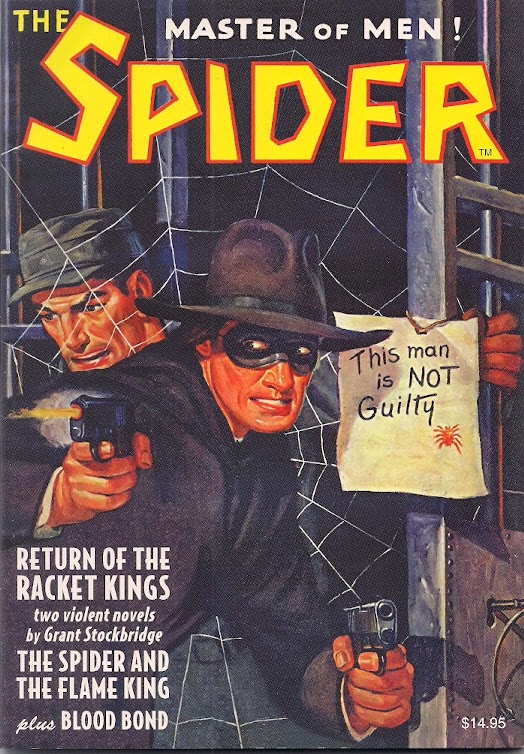 Recently published by Anthony Tollin’s Sanctum Books is The Spider #3: Return of the Racket Kings & The Spider and the Flame King [$14.95]. This volume features three never-before-reprinted tales of the pulps’ most violent crimebuster by Norvell W. Page, writing as Grant Stockbridge.

“Return of the Racket Kings” was first published in the July 1942. From the back cover:

“The Spider and the Flame King” appeared in the December 1942 issue of the magazine.  From the back cover:

The Spider leaves his New York haunts to protect the nation’s wartime oil resources when the vicious Flame King terrorizes a Western town.

“Blood Bond” is from The Spider magazine for June 1942. The short story relates the first meeting of Richard Wentworth and Ram Singh.

In addition to the stories, Will Murray’s “The Web” essay discusses the background of the stories and the writing thereof. The volume also presents a brief biography of Norvell W. Page.

As with the other Sanctum Books series - Doc Savage, The Whisperer and others - these Spider adventures are entertaining journeys into the heroic fiction of the pulp era. More Sanctum Books news is on the way.