THINGS THAT MAKE ME HAPPY (December 2016) 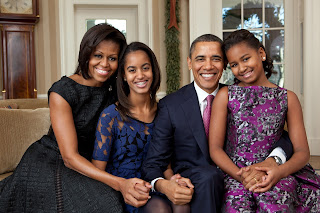 As previously noted, “happy” wasn’t very easy to come by in 2016. Right up to the end of the year, we were losing good and talented people. With every new tweet from our despicable president-elect, the danger to our land becomes more apparent. His administration is clearly going to be driven by bigotry, misogyny, racism, xenophobia and other forms of extreme right-wing evil. It is government by the rich and the powerful with concern only for the rich and powerful. The angry, low-information voters who supported Donald Trump will be in for a rude awakening. I fear for my country.

However...I will continue to note the people, events and creations that bring joy to my life. Every day, on my Facebook page and on Twitter, I remind myself of these blessings in a segment I call “Things That Make Me Happy.”

At the end of each month, for my bloggy thing readers who might not be following me on Facebook or Twitter, I collect the items posted during that month. Here’s what I posted in December...

December 1: The start of a new month. To me, it always seems like another chance to make things better.

December 2: Writing a letter to President Obama, thanking him for his service to our country. He’s the best president of my lifetime. I also sent him a copy of the first Black Lightning volume.

December 3: Every time that a Trump voter realizes what a horrible mistake they made, an angel gets their wings.

December 4: Baking Day at Casa Isabella. Friends and family making cookies, a few of which I will be allowed to eat.

December 5: Wild Fusion, a hole-in-the-wall Chinese takeout place in nearby Brunswick. Great food and the portions are so large I’ll get three or four meals out of mine. Thanks to Eddie and Kelly for bringing home dinner for Barb and I.

December 6: Making comics with smart people I can learn from. New tricks, this old dog is coming for you.

December 7: The Legend of Tarzan. I think this might be my favorite Tarzan movie ever.

December 8: Coinstar machines. Coins accumulated carelessly for too many years now equal hundreds of dollars in Amazon e-cards without any fee.

December 9: Born a Crime: Stories from a South African Childhood by Trevor Noah of The Daily Show. An eye-opening account of the history that informs his comedy.

December 11: Learning how many Christmas-themed horror movies have been made. Ho-Ho-Arrgh!

December 12: Bar Rescue. I get a kick out of watching this with my son Eddie, even though I rarely go to bars. Yes, Jon Taffer can be hard to take. Yes, sometimes his changes to the bars make me roll my eyes. Yes, the show is fairly predictable. But it’s still fun. Caution: do not attempt Bar Rescue drinking games. That will never work out well for you.

December 13: Giant Eagle’s Soft Drop Pumpkin Cookies. They are so good and I am so weak.

December 14: The easy availability of so many classic and not-so-classic horror and monster movies. Guess who now owns Silent Night, Deadly Night one through five and the remake of the first one. My War on Christmas is looking nice and naughty.

December 15: Matthew Baugh. He created covers for the imaginary It! The Living Colossus #1-18 and made me wish I had actually written all those issues.

December 16: Running five errands in under an hour. Despite lousy Medina drivers and way too much road work.

December 17: Marvel’s The Deadly Hands of Kung Fu Omnibus. Proud to have been a part of it. As I make my way through this massive tome, I'll be commenting on it here.

December 18: Facebook’s “On This Date” feature. It’s an amazingly useful tool and I use it daily.

December 19: Two Men and a Truck of Brunswick, Ohio. Thanks to the two men who helped us for doing the job quickly and well.

December 20: Keeping a cool head when I needed to do so. Making a plan and making it work.

December 21: Black Panther Epic Collection: Panther’s Rage. Having a blast re-reading these stories one per day.

December 24: Small press creator Larry Blake. Making comics for the sheer love of it since 1973. I’m currently reading his Pyschozort Book One.

December 25: Saving Christmas by finding misplaced gift cards with my “Saint Anthony” powers. For those of you who weren’t raised in a Catholic family, St. Anthony is known as a finder of lost things. There’s even a little poem that goes with this legend: “Tony, Tony, look around. Something’s lost and must be found.” Apparently, this is one of my mutant powers. I’m in training for what will certainly be my biggest challenge: finding the lost soul of America.

December 27: Comics creators refusing to let the bigotry of the GOP affect their commitment to diversity.

December 28: Our friend and neighbor Sue who has helped tirelessly with my mother-in-law’s house.

December 29: The Wall. I watched the debut of this new prime-time game show and liked it a lot.

December 30: Actress Chyler Leigh and the Supergirl creative crew for making Alex’s “coming out” story so wonderfully moving. Comics clerk Mary for reaching out to the young woman who came to the store because of that story. DC Comics for sending Mary a big box of cool stuff to share with that young woman. You all make me so proud to be part of the comics industry.

December 31: DC and Marvel Comics. They don’t always get it right, but they keep trying and there’s no denying the big hearts of the people who work at those companies.

Keep looking for that brightness in your lives, my friends. I’ll be back tomorrow with more stuff.