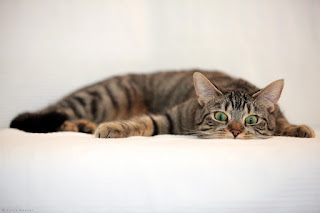 This is another one of those Tony-centric bloggy things that cross your online path from time to time. One of the many reasons I write these columns is to allow me to assess where I am at any given time through my writing. And also to provide you with information that you might find useful if you’re a fan of my work.

The “State of the Tony” is strong, but not as strong as it should be. I am heartsick at what my country is becoming in these opening weeks of the GOP Apocalypse. The America of Trump and his cronies is not an America I recognize. It’s sad...and not the dismissive “sad” of an egomaniac who refuses to accept that being president is not the same as being king and who can’t comprehend why he is not universally loved.

My writing is going pretty good. I’m working on the second issue of a comic-book series for a major publisher. I’m working with a great editor with the freedom to do a comic book that reflects my vision. I’m stunned by how well it’s going.

I’m putting together a non-fiction book that’s not either of the two other non-fiction books I’ve been working on. My publisher on these books needed a book I could deliver quickly and, between us, we came up with something we both like a lot.

I’m writing an eight-page pilot episode for a new comics character I hope to launch. The overall plan is to write three stories that will appear in a self-published comic book that will come out just as often as I can fill it. One such story is already written and, for that matter, drawn.

Add my nigh-daily bloggy things, my weekly “Tony’s Tips” column at Tales of Wonder and an introduction for a collection of cool comic books from the 1970s and my February dance card is full. This could be one of the most productive years of my career.

On a personal level...

Sainted Wife Barb is dealing with all sorts of tsuris involving her mother. Barb’s mom has Alzheimer’s Disease and dementia. She’s in a care facility and that’s expensive. Once her mom’s house is sold, we should be able to get her on Medicaid. In the meantime, we are dealing with her mom being divorced by her much-younger-than-her husband and the carnage he’s left in his wake. This stuff is mostly on Barb and it’s soul-crushingly difficult. I do what I can, but it never feels like enough to me.

A relative of mine who had been serving time in a federal prison, albeit a very low-security, federal prison, was released last week after serving his sentence. He’s not really free and clear yet. He has to spend six months in a halfway house and, at this time, I’m not sure how free he will be come and go from the place. But it is much closer to my Medina home than the prison, which means we will get to see him and maybe help him a bit.

I could say more about the above, but my birth family is insanely private. I have actually been threatened with a lawsuit if I write about one member of the family, which is a laughable notion. People should never make threats when they don’t know what those threats would entail. Needless to say, black sheep of the family or not, I can write about my life however and whenever I want, bound only by the usual libel/slander laws.

Moving on to even better notes...

I have a bunch of convention and other appearances coming up this year. Here’s the schedule to date:

There may be a few additions to this schedule. I’m waiting to hear from one convention I’ve attended in the past. I have agreed to go to a library in another state if they can come up with the funding for what they have planned. There’s a small press convention that I would like to attend if my schedule allows it. Finally, there is always the possibility that one of my publishers will want me to be at some convention or other event.

When I look at all the above, all the writing, all the convention and other appearances, I really wish I could afford “people” to get me where I need to be and make sure I do everything I need to do. This is not what I was expecting from my life as a senior citizen.

Getting back to conventions...

I will not be attending Wizard World Cleveland this March. I have nothing against Wizard World and have enjoyed their shows in other cities and years. I wish them well.

I’m on the fence when it comes to PulpFest 2017 in Pittsburgh this July. In years past, I went to PulpFest to see old friends and to stay at a downtown Columbus hotel I really liked in an area of the city I really liked. Moving the convention to Pittsburgh eliminates half my reason to attend. It will probably be a while before I make up my mind on this year’s event.

Several area fans have asked if I’ll be resuming my far-famed Vast Accumulation of Stuff garage sales this summer. That is, indeed, my plan. I’m just working out the logistics. For now, I’m taking what was left over from previous garage sales and putting it into value-packed mystery boxes.

Honestly, I don’t know what form these garage sales will take this go-round. My biggest organizational needs are to clear stuff from my office, my future reading room and my basement.

There’s also a possibility that we will expand the garage sales to include items from my mother-in-law’s house. Among the things that we took from there were around a hundred collectible and factory-sealed Monopoly games. I’m not sure what other things were taken to the three storage units I’m currently renting. I do know I’d love to get those down to one before the end of the summer.

I have gotten several requests to hold another VAOS convention at one of my garage sales. A couple years back, special guests Mike W. Barr, Tom Batiuk and myself actually did a convention-style panel in my driveway. A few comics industry pals from more distant parts have said they’d love to come to Medina to participate in another such event. I’ll do my best to make that happen.

That, my friends, is the current “State of the Tony.” We are living in interesting times and, though that phrase is usually thought of as a curse, I don’t think it has to be a curse.

Stay strong. Never give up. Never surrender. Remember we are stronger together.

Posted by Tony Isabella at 7:01 AM