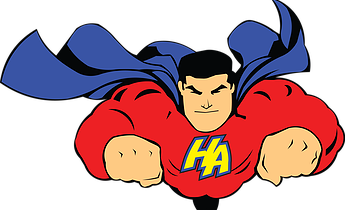 Free Comic Book Day is the comics industry holiday. It is the day when comic shops across the country celebrate comic books and those who read them. From Wikipedia:

On Saturday, May 2, I’ll be joining Curt Griffin and his staff at Curt’s Heroic Adventures Comics & Pop Culture Store, 126 Gnau Ave SW, Unit A in Massillon, Ohio. I’ll be appearing from 11 am to 4 pm.

1. To introduce everyone to the joys of reading comics.

3. To thank current comic book buyers for their continued support.

Heroic Adventures will be giving out free comic books prepared by a host of comics publishers. These comic books aren’t free to the stores that give them out.  As a former comics retailer myself, I ask that you also take some time to check out the comic books and related items Heroic Adventures and other stores have for sale. Spending a few dollars at these generous shops is a terrific way to thank retailers for keeping comics so easily and readily available. I know the stores will appreciate your business.

What will I be doing at Heroic Adventures?

I’ll be happy to answer your questions about my comics career and comics in general. If I don’t know the answer to a question, I’ll do my best to make up an entertaining lie. Making up stuff is what comics writers do for a living.

Time permitting, like if I’m not busy signing comics and answering questions, I’ll be happy to look at your art portfolio and tell you what I think of your work. Sorry, writers, but, for legal reasons that are obvious if you think about this for a minute, I will not read your plots, proposals or scripts...or even listen to whatever ideas you have. The last thing in the world you or I would want is for me to inadvertently steal one of your ideas because, months or years later, I don’t remember that it came from you.

I’ll be happy to post for pictures with you, especially if you’re cosplaying. All I ask is that you send me the photo via e-mail with permission to use it in a future bloggy thing.

I think that covers everything you need to know about my appearance at Heroic Adventures. I’m exciting to be part of that fine store’s Free Comic Book Day. See you then and there!