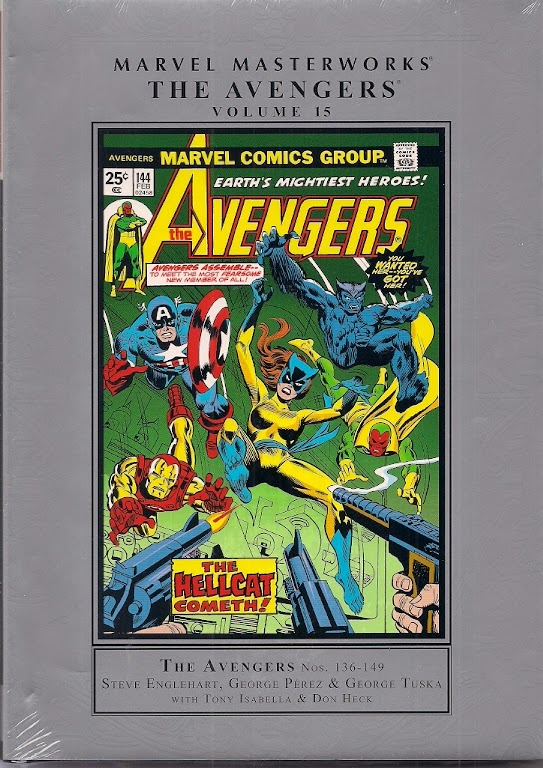 Just released from Marvel Comics is Marvel Masterworks The Avengers Volume 15 by Steve Englehart, George Perez & George Tuska with Tony Isabella & Don Heck [$75]. This hardcover collection reprints The Avengers #136-149, which includes the two-issue story written by yours truly and Heck. Here's a blurb from Amazon:

Earth's Mightiest Heroes have put out a call for new members and into their ranks come the Beast, Hellcat and Moondragon. With the return of Captain America, Yellowjacket and the Wasp it makes for one of the greatest Avengers teams of all time! And they're going to need every last one of them to overcome the challenges ahead. The cosmic Stranger attacks and in the battle the Wasp is critically injured and the Avengers must save one of their own while struggling to save themselves. Then comes one of the greatest Avengers sagas of all ti me! In a time-travelling adventure they'll team with the Marvel heroes of the old West in a fight to overcome Kang and the Squadron Sinister!

As I've noted in the past, Marvel actually sends me a check when the company reprints my stories. So, if you buy this book, you're putting a few bucks in the pockets of guys like me and Englehart and the other creators.
ISBN 978-0-7851-9196-4

Posted by Tony Isabella at 6:06 PM