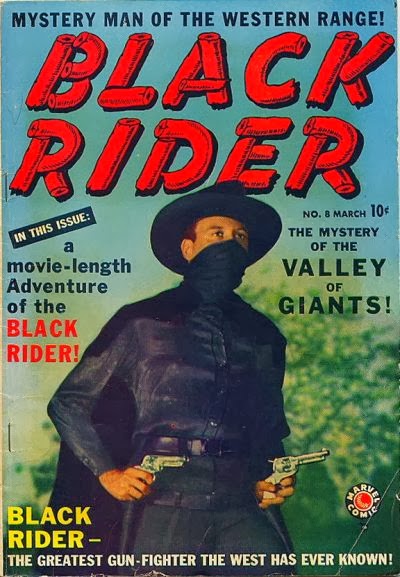 Tony and best friend Bob Ingersoll spent ten days in Los Angeles. They went to Disneyland, they hung out with friends, they went to cool places.  Their adventures resume...

It was Tuesday, January 14, and we were heading for the offices of Stan Lee’s POW! Entertainment for a visit with the man who was and remains one of the biggest influences on my career, my writing and, indeed, my life.  Stan was one of my first bosses at Marvel Comics. Prior to my going to work for the company in late 1972, I studied his comics and learned a great deal about making wonderful comics. I learned even more working for and with him during my way-too-few years at Marvel.  We’ve kept in touch over the years, a handful of e-mails every year, and we’re long-distance friends.

Stan was one of the reasons I wanted to make this January trip to Los Angeles.  It’s been years since I’ve seen him and even that was in the middle of a convention.  Though he’s one of the busiest guys I know - I wish I knew how he does it - I hoped he could squeeze me and Bob into his schedule.  He did.

The first thing we saw when we walked into the POW! Offices was a framed enlargement of the cover of Black Rider #8 [March 1950] with a photo of a masked Stan portraying the “Mystery Man of the Western Plains.” After being greeted by Stan and answering his questions as to what I was doing these days, I mentioned the cover and told him he should have been a movie star. Stan chuckled and told us a story of his outlaw youth.

Stan used to walk through Central Park on his way to work at what was then Timely Comics.  He often passed the stables where people could rent horses to ride through the park, albeit on the approved riding trails.  One day, Stan rented a big beautiful horse by the name of Redman.

Stan yearned to let this gorgeous animal go full-tilt in violation of the law and the stable rules.  He gave in to the temptation and they were off.  The duo were spotted by a mounted police officer, who immediately gave chase.

Now Stan could have slowed down, but he was having too good a time. He and Redman kept going full-speed.  Consummate actor that he is - you’ve seen all his great cameo appearances - Stan pretended that he didn’t have control of his steed.

The officer bought it. He followed the racing Stan and Redman all the way back to the stables, constantly shouting out encouragement to Stan that he wouldn’t let him get hurt.  When they were back at the stables, the officer kept asking Stan if he was okay and Stan kept thanking the officer for looking out for him. And you wonder why Stan was so good at writing the comic-book adventures of such misunderstood outlaws as Kid Colt and the Rawhide Kid.

Normally, I don’t share other comics people’s personal stories with my bloggy readers.  I’m making an exception this time because it’s such a great story and because I’m pretty sure that the stature of limitations on this “crime” has expired.  If it hasn’t and if the New York police come after Stan, he can hide out in Medina, Ohio. Back in the day, my town did a thriving business in moving escaped slaves along the Underground Railroad. I’m sure we could hide Stan from the authorities.

No matter how short the visit, I always feel energized after seeing Stan.  He’s one of the great men I have been privileged to know and work with during my career. He was a true mentor and his friendship means more to me than I can express.

Bob and I continued to hobnob with celebrities that evening.  Mark Evanier invited us to join him for the monthly meeting of Yarmy’s Army.  To quote Mark, it’s “a club of comedians and comedy writers, mostly veterans in their field. Founded by the late Don Adams in honor of his brother, Dick Yarmy (Don's real name was Don Yarmy), Yarmy's Army is a place where folks in the business of funny sit around and tell stories and provide general support for one another and select charities.”

We met up with Mark at an undisclosed location (his house) and he drove us to another undisclosed location which served fine Chinese food for the meeting.  Among those in attendance: Budd Friedman, John Rappoport, Thom Sharp, Steve Stolier, Pat Harrington, and Mike Preminger.  If you don’t think you know these gentlemen, hit IMDB. You’ll likely discover you’ve enjoyed their writing and other work over the years.

I couldn’t keep up with the lively conversation, what with all the jokes and terrific stories.  I wish I could have sat next to every person at that meeting.  If someone were to stick them in front of a camera to share their stories, talk about their work and dish a little about the great and not-so-great entertainers who they have met and worked with, I’d buy that movie in a heartbeat.

My hero of the evening was Budd Friedman, specifically for his tale of giving the hook to a performer appearing at Budd’s Improv comedy club. The guy’s entire set consisted of material he had “borrowed” from other comedians.  The performer was a serial offender in this regard, so Budd pulled the plug on his set.  Well done, sir.  Well done.

My thanks to Mark Evanier for inviting Bob and I...and my thanks to the soldiers of Yarmy’s Army for extending such a warm welcome to a couple Ohio boys. I hope this is far from the last meal I get to share with such good company.

Bob and I went to an even more secret location on Wednesday night. We were invited to dinner at Harlan and Susan Ellison’s Lost Aztec Temple of Mars. It is the most fun and interesting house I’ve ever visited and, on each repeat visit, there are more wondrous things to be seen in it.  We had great conversations with two people who we love madly and forever.  We had great food.  Most importantly, I learned new stuff.  I don’t think I’ve visited Harlan and Susan or spoken to them without learning new stuff.  I am not nearly as smart as I should be, but I get smart the more I get to hang with these fine folks.

I am being very deliberately circumspect in reporting what we saw and what we talked about.  The secrets of the Lost Aztec Temple of Mars must be guarded.  What I will tell you is this:

It seems to me that there is not a corner, not a wall, not an inch of the Temple which has not been conceived by great minds and then executed with the great of skill.  Harlan’s creativity extends far beyond his writing.  He is a true visionary.  Like many before me, I urged him to put his house with all its fixings on camera with his own erudite self narrating the story behind all of the wonders to be found within.  Not in our lives, but this house and its stories should be preserved and recorded to inspire future generations of architects, dreamers and visionaries.

I’ll be back tomorrow with more of these adventures in Los Angeles.  See you then.

Posted by Tony Isabella at 4:15 AM