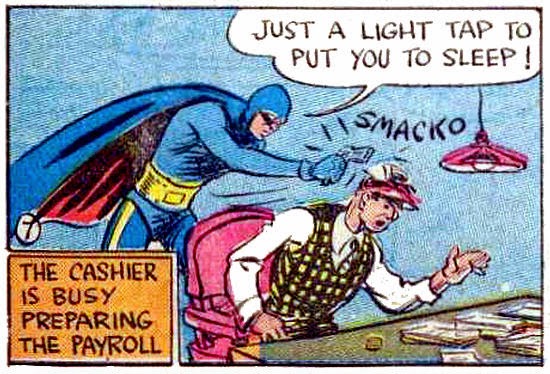 I’m on a roll with these wandering bloggy things, so I’ll continue in that vein today.  I get a cheap high crossing items off my topic list. Let’s start with the casting of the new Fantastic Four movie, which seems to have raised some hackles.

I also have a problem with the casting of Michael B. Jordan as the Human Torch and it has everything to do with race, just not in the way others appear to have a problem with it.  I’m not bothered by Johnny and Sue Storm being of different races.  The American family of 2014 doesn’t look like that of 1961.  I can’t think of a single good reason why the current Storm family couldn’t be a mixed-race family.  It’s the family that counts, not the color of their skins.

So what’s my problem with Jordan as Johnny Storm? It’s the idea of setting a black man on fire.  Yeah, I know this casting is not the same as racists murdering blacks in that manner. But that horrible history exists.  Jordan and the movie makers will have to go above and beyond if they want me to overlook that history.

Dynamite will be publishing a new series of Doctor Spektor comics based on the character created by Don Glut for Gold Key Comics in the 1960s.  Mark Waid is writing the title, which means I’ll read it.  I’ve enjoyed almost everything Waid’s written. Indeed, some of his recent work - Daredevil, Indestructible Hulk, Incorruptible and Irredeemable, to name just four - ranks among the best comic books of the new millennium. That said...

I’d rather see Don Glut writing this incarnation of his creation. Even if he created the character under a work-for-hire arrangement, Glut should have been given the opportunity to write this title for Dynamite.  The publisher might not have had any legal obligation to have him write it, but I believe a case can be made that there was a moral obligation, a basic fairness demanding they not ignore the
creator without whom there would not have been a Doctor Spektor for Dynamite to publish and Waid to write.

The disgraced and ever-repugnant Tom DeLay dropped this nonsense in a recent interview:

“I think we got off that track when we allowed our government to become a secular government, when we stopped realizing that God created this nation, that He wrote the constitution, that’s based on biblical principles.”

Men (and women) are not unbiased creatures.  When they write stuff, be it laws, religious tomes, textbooks, novels, comic books, poems, plays, screenplays, political manifestos, you name it, they write from their own bias and self-interest.

I don’t discount the charitable or high-minded intentions of those who wrote any of the works named above.  I’m sure many of them had the best of intentions and sincerely wanted their works to elevate mankind and lead us to our best angels.  I’m also certain many were mostly looking to protect attitudes and institutions that brought benefit and power to themselves.

My modest proposal is we stop treating holy books as holy. Demote them to perhaps useful guides to a better life.  I’d also propose we stop equating legislation with holiness.

Most of all, I think we should stop blaming God, whether we see him as an impossibly white Jesus, an angry All-Father, or a radioactive dinosaur that cautions us against the folly of man and occasionally protects us from extraterrestrial invaders, for what we write and how we behave.  That’s all on us.

Heidi MacDonald’s The Beat recently ran an article on the amazing philanthropy of Ike Perlmutter, describe as a “billionaire, CEO of Marvel and one of Disney’s largest stockholders.” In a fascinating piece, MacDonald wrote about Perlmutter’s background, his legendary cheapness and he and his wife Laura’s “initial” gift of $50 million to Advance Cancer Research and Treatment at NYU Langone Medical Center.

Perlmutter is regarded with hatred and terror by many in the comics industry, perhaps deservedly so. Yet this donation will be used to fight one of the deadliest diseases known to man.  Is he a hero or a villain? Maybe he’s both.

Stan Lee used to tell me and others that no hero is entirely good and no villain is entirely evil.  That bit of creative wisdom has always struck me as exactly right.  The best stories are those told in the grey, the spaces between good and evil.  That is where truly  human struggles have always taken place. That is where intriguing characters and situations are born.

Maybe Perlmutter deserves condemnation for actions he has taken at Marvel Comics.  This would not surprise me.  But he also deserves credit for his role in elevating Marvel to the entertainment power it has become and for his charitable donations.  Hero and villain.  Just like all of us.

Last week, I started reading a well-respected graphic novel.  I was a hundred pages into it when I asked myself why I was reading a graphic novel I wasn’t enjoying.  I put it aside to be returned to the library unfinished.

In the case of this particular graphic novel, I think there was a decent story underneath all of the creator’s self-indulgences.  He switched scenes without those scenes reaching any actual meaning. He had unreadable balloons that I suppose were meant to represent mumbled speech.  What he didn’t do was tell the story.

That’s where I come from.  If someone has a good story, one which addresses important aspects of life, one which presents intriguing characters, one which excites me whether it’s about just getting by in the real world or saving a universe, tell the story.

Don’t go artsy-fartsy for the sake of snobby academics and critics too dishonest to accept their love of comics without resorting to the absurd obstructionist bullshit they once used to sell to their equally pretentious high-school teachers.

Just tell the damn story. You’ll fell better if you do.

I know I will.

Posted by Tony Isabella at 5:39 AM