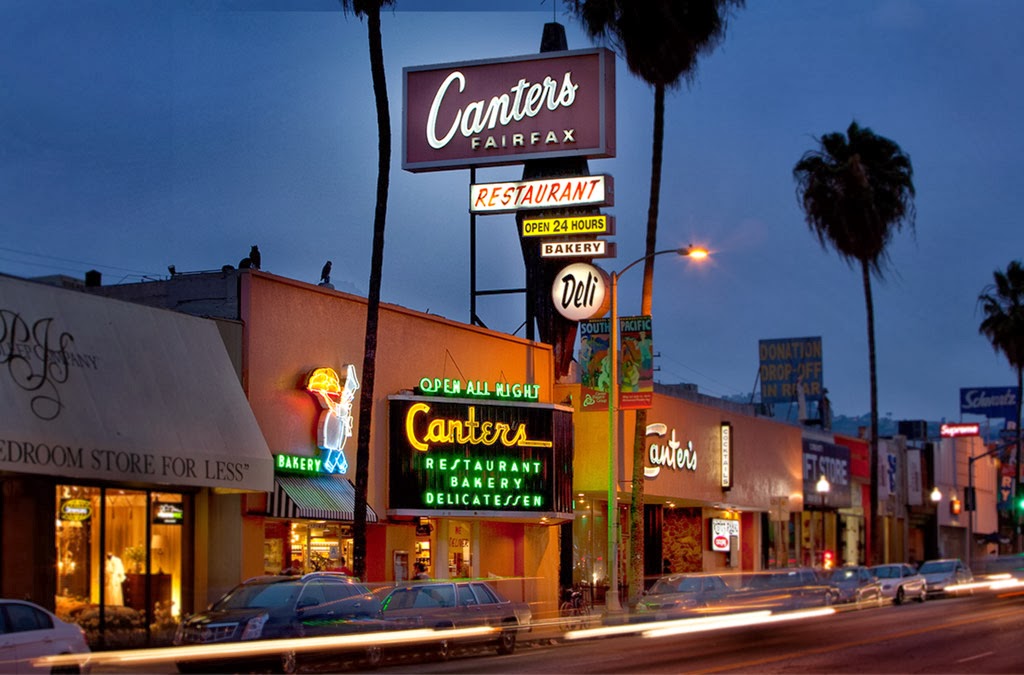 Guided by Bob “Travel Yoda” Ingersoll, your bloggy correspondent journeyed from the Ice Planet Ohio to Disneyland and Los Angeles. I have told you of our weekend in Disneyland.  The saga now resumes as we depart the realm of the Mouse...

Los Angeles in January, at least this January, meant mornings and evenings that could become quite chilly.  Surrounded by mountains, the city would heat up quickly once the sun came up.  By the time Bob and I left Disneyland on Sunday morning (January 12), it wasn’t  too cool or too hot.

The plan for the week was to relax and visit friends we just don’t get to see often enough.  The gossip-lovers among you will likely be disappointed by my refusal to relate conversations, business or otherwise, of a personal nature.  Too bad.  I know and have always known stuff that would turn Rich Johnston’s hair white with horror. People tell stuff because I can keep a confidence.  It’s one of the reasons my friends love me and my enemies, if I actually have any enemies worth noting, quake with fear at the mention of my name. I chuckle menacingly and move on.

We stopped for breakfast at Swingers on Beverly Boulevard.  Great food, reasonable prices, cute waitress who look just edgy enough to be sexy.  Thirty years ago, I wouldn’t have remember how good the food was.  I would just have remembered the waitresses.  Even so, I had a dream that night that our waitress had moved to Medina to sell real estate, become besties with Sainted Wife Barb, and was at one of our cookout talking available properties with neighbors. All while wearing what she wore at Swingers.  I have no idea what this dream means.

We stayed at the Hilton Los Angeles/Universal City, which was one hideous hilly walk or one comfortable shuttle ride away from City Walk.  Bob had worked his travel mojo to score us a virtually free hotel room for the week with free continental breakfast and happy hour drink/appetizer each day.

I love Universal City Walk.  It has lots of cool shops and places to eat.  We ate at Pink’s twice because, even though this was not *the* famous Pink’s location, they still served a damn spiffy hot dog.  I had Betty White’s Naked Dog, named after the show-business legend.  Amazingly, the Pink’s staff did not know Betty’s birthday was January 17 until we told them.

Among the many shops in Universal City Walk is Things From Another World, a comics store which I believe is owned by Mike Richardson, president and publisher of Dark Horse Comics.  The shop is a little too cozy for my comfort, but it’s immaculately clean, filled with cool items and well-staffed.  I wonder what kind of clientele the store attracts. Does it have loyal customers who show up every week on new comics day? Does it do a lot of tourist business? It didn’t seem appropriate for me to ask these questions of the workers who were in the store while I was there, but I might ask Richardson if we cross paths at a convention.

I did quite a bit of shopping at Upstart Crow, which specializes in fun souvenir items.  I wanted to bring back something for Sainted Wife Barb, but I couldn’t find that one special item at Disneyland. Instead, I got her several cool gifts from Upstart Crow.  We know Barb is easy to please - she’s stayed married to be for just under 30 years and counting - but she definitely seemed to get a kick out of the Upstart Crow knickknacks I gave her.

Sunday night, Bob and I headed over to Mark Evanier’s house for an evening of amazing stories from maybe the most knowledgeable guy I know who doesn’t work for the NSA. We talked about It’s a Mad Mad Mad Mad World, Garfield, old projects, new projects, friends and a whole lot more.

For dinner, we went to Canter's Delicatessen on Fairfax.  This is Mark’s favorite deli, which he’s written about it several times in his “News From Me” blog.  Canter’s lives up to the boasts found on its website:

Canter's offers an authentic deli-style experience, unparalleled anywhere on the West Coast. Our endless menu is full of breakfast, lunch and dinner menu items available 24 hours a day. Fresh baked goods are available from our bakery. A full bar and Cocktail Lounge is open 10:30 am-1:40 am.

Canter’s Deli has been a Los Angeles landmark since 1931! Over the years, Canter's has sold over:

I had the chicken soup, which was truly wonderful, and an egg salad sandwich, which was only so-so.  But the rye bread on the sandwich was terrific.  I could probably live off the various fresh breads and other baked goods Canter’s offers.  I’d double my weight in two months, but I would be a happy lump.

Bob and I did a lot of kicking around Los Angeles and a lot of just taking it easy at the hotel.  We went to the Farmers Market a few times.  The esteemed Evanier describes it as “a touristy assemblage of stores, eateries and markets.” It was a huge dairy farm in the 1880s, a sports stadium around the turn of the century, an actual farmers’ produce market in the early 1930s, a baseball stadium in 1939 and started becoming the Farmers Market as we know it in 1948. It’s a popular tourist attraction and has been declared a “Historic Cultural Monument.”

I love the place, which is located at 3rd and Fairfax.  It has so many cool places to eat that, were I ever to relocated to L.A., I’d want to live within walking distance of it. I recommend Charlie’s Coffee Shop, which serves up great meals for breakfast, lunch and dinner.  I think Bob and I ate there twice during our week in Los Angeles.

Another favorite place was Westfield Century City Centre, which is an enormous mall with the biggest and nicest food court I’ve ever seen in a mall.  On our visits there, I ate at Joe’s Pizza and The Juicy Bird.  Yeah, those were obvious and risk-free options, but I was literally dazzled and confused at how many great choices were available to me.  I’m far from a “foodie” of any kind and I need to avoid spicy foods, but, if I were ever in Los Angeles for a longer stay, I’d try to work my way through every restaurant and vendor at both the Farmers Market and this mall.

What would get me to Los Angeles for an extended stay?  Maybe if I were working on a movie or TV show of my dreams. I’ll leave it to your imaginations as to what those might be.

One last restaurant recommendation before I wrap this up for today. Mark Evanier thinks Vito’s Pizza at 846 North La Cienega Boulevard has the best pizza in the world.  He’s immortalized it in many of the Garfield cartoons he’s written and produced.  Bob and I knew we had to check it out.

Vito’s Pizza may not be the best pizza in the world.  I can think of some pizza places I’ve liked more.  But it’s a contender.  I’m not surprised Garfield loves it so.

For some reason, I’m really hungry now.  Come back on Tuesday and I promise there will be much less talk of food and much more talk about visiting Stan Lee and other celebrities.  See you then.