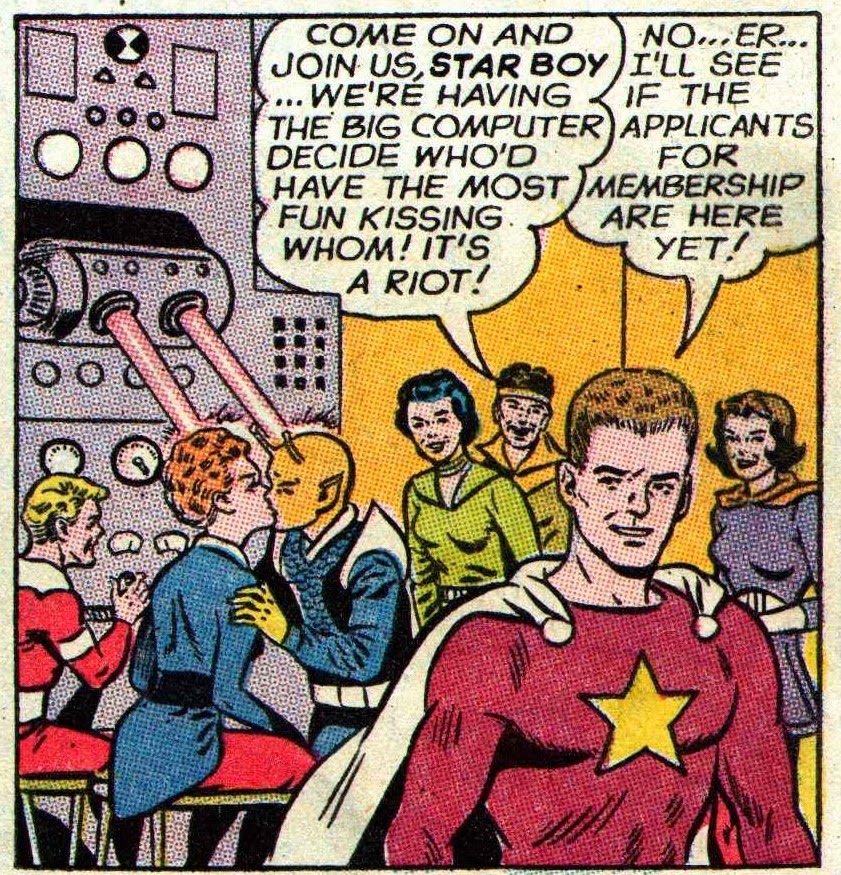 I have a list of items I want to write about in these bloggy things of mine.  I’ll start with one that really bugged me a few days ago, then jump around my list to see how much trouble I can get myself into within 1000-1500 words.

I am a huge fan of Comic-Con International.  I feel so lucky that I was a special guest last year and so grateful for how wonderfully my family and I were treated by the convention workers.  No human endeavor is perfect, but Comic-Con does a remarkable job creating unforgettable events year in and year out.

When Comic-Con announced 20 additional guests for this year’s show on its Toucan Blog, I congratulated the guests and posted the link to the announcement on my Facebook page.  I was happy for them and I knew they would have a great time at the event.  The last thing I expected was snarky comments from two women complaining that only four of the additional guests were women...with one demanding that the convention do better.

I consider this willful ignorance. Clicking on the link included in the Toucan Blog announcement reveals that, of the 60 special guests announced so far, 16 of them are women.  My limited math skills are sufficient to determine 26.66% of these invited guests are women. I suspect that percentage compares very favorably to the percentage of women currently working in comics.

I posted a link to the list of most recently announced Comic-Con guests and I got snarky comments because there are only four women on that list. Because, apparently, we have to keep count. I added up all the female guests announced so far for this year and it came out to 16. Next I'm going to add up all the Italian-American guests and all the left-handed guests and all the guests with one leg shorter than the other and all those...who am I kidding? I'm just going to be happy for all these guests, knowing they will have a wonderful time. I'll leave counting to others.

Interestingly enough, Heidi MacDonald's The Beat had a story about the latest guest announcements and she didn't get any comments about there being “only” four women on the list. Wonder why that was?

If you say we need more diversity among comics creators, I'm with you all the way. But snarking at Comic-Con, which gets more diverse every year? You lose me there.

Not too long ago and very close to one another, there were two news stories about two male creators who either acted badly toward women or said awful things on a panel.  I found the former behavior more alarming than the latter, but both behaviors were shameful and both deserved condemnation.  Up to the point when some commentators put pretty much all men into the same neanderthal category.  At best, men could never understand what the women in these stories had gone through.  Because we’re just stupid unfeeling men.

Every time one of these stories come out, I shudder at the thought that somewhere in my long career in comics I might have in some way acted badly towards a female coworker.  I don’t think I did because I tend to obsessively remember bad stuff I have done.  I still feel terrible I teased a girl in the third grade.  But the simple fact is that I don’t know for sure.

Secondary to my I hope irrational fear that I may have acted badly at sometime in the past is the slightly less irrational fear that, if I did act badly, I will never be forgiven for it. In the case of the two recent reports, both men apologized.  The sincerity of the apologies was called into question immediately.  If any one of the male persuasion thought the apologies were sincere, he was usually
treated as if he were part of the problem.

The thing is...we’re all part of the problem.  Human beings often act badly.  Male, female, all of the 50 different Facebook choices,most and probably all of us have acted in ways we now regret.  In some cases, we might have acted badly at a time when those actions were not regarded the same as in these far more enlightened times. In other cases, we might have been clueless, insensitive and plain stupid. Human beings will never be perfect.

I’ve written an awful lot of redemption stories in my career, so I am clearly a firm believer in redemption.  I think we diminish our humanity if we never allow for the possibility of redemption from those who have wronged us or others. Like almost anyone in either the comics industry or the world at large, I have been wronged by others.  At the risk of sounding all parable-ly on you, few things delight me more than when someone who has wronged me can get his or her shit together and at least try to make amends.

When someone behaves badly, they should be called on that behavior. It should be made clear that their actions were unacceptable.  But we should not go looking to take eternal umbrage at our offenders and write them off for all time. People can change for the better. Otherwise, what would be the point of living?

Never automatically assume malice where ignorance is every bit as good an explanation for bad behavior.  For many, those additional Facebook choices have been unsettling and, as humans do, some have responded with nervous humor. These are new concepts for many and they might need a little extra time to wrap their heads around all of them.

Every human being deserves to be afforded the same dignity that we all want for ourselves.  Be clear on how you identify yourself and be firm in insisting on others identifying you with the preference or preferences you have determined for yourself.  Just give those confused others a little - a little - breathing room while they are being dragged into the future.

I think it will be a great future.  The dustbins of history are and continue to be filled with those who cannot adjust to the equality of all their fellow humans.  In my sixty-plus years of life, I’ve seen more acceptance of our blessed diversity than I ever dreamed I would see.  I look at my children and their friends and I’m sure that acceptance will only grow.

I identify as a not-nearly-as-grumpy-as-he-would-have-you-believe white male of the liberal/progressive persuasion. I’m quite happily married and have no particular use for organized religion beyond my recently-formed First Church of Godzilla.

I also identify as “cute as a button,” but, alas, that’s not one of the new Facebook choices. I call upon all my fellow “cuties” and my legion of Facebook friends to protest this injustice.

Posted by Tony Isabella at 6:10 AM