SURPRISE ENCOUNTERS OF THE DISNEY KIND 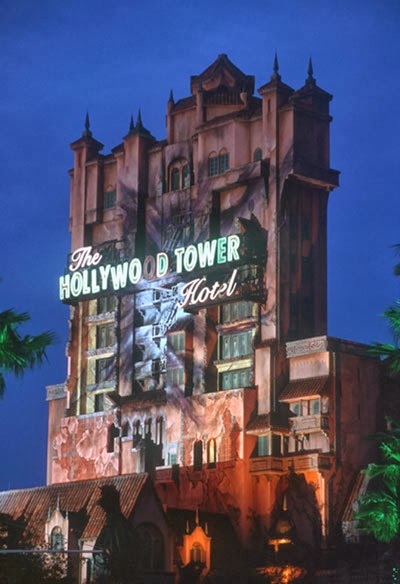 I went to Disneyland last month, part of nine days in Los Angeles.  If you read the comments section of yesterday’s blog, Bob Ingersoll - master of memory - listed not just all the Disney rides and attractions we did on Friday, but the order in which we did them.  He’s a mutant, but, fortunately for us humans, he uses his powers for good.

Bob went on more rides than I did.  This is because he’s a mutant and I’m an old man who can’t handle rides that spin me around, toss me violently from side to side or turn me upside down even a little bit.  I also can’t watch IMAX movies without my head exploding and releasing the demons I keep penned up in there.

One of my favorite rides is the Twilight Zone Tower of Terror.  It has remarkable trappings and is one heck of an exciting ride, but I won’t be riding it again.  For the first time ever, I came away from it experiencing dizziness and a throbbing brain.

Don’t weep for me, Internet.  Even with these limitations, I had an incredible time at Disney California Adventure and Disneyland Park. I won’t give you a ride-by-ride account, though, because I’d like to keep this trip report from running more days than I spent in Los Angeles.  Some highlights...

Toy Story Midway Mania is a “4D attraction” that allows riders to shoot at targets.  Bob got more points than I did, but I had much greater accuracy.  He’s a berserker while I’m a skilled assassin. Maybe a career change is in my future.

We rode the Red Car Trolley, which is a relaxing way to get around California Adventure while you’re figuring out what you want to do next or where you want to eat.  That brought us to Hollywood Land and the first of three surprise encounters.

One of the most stunning sights in Hollywood Land is the enormous backdrop of the Hollywood sign.  It’s designed to mimic the amazing view you would get if you were looking at the sign from the streets below.  It’s a popular place for park visitors to take photos or to have their photos taken by a Disney cast members.

On that day, Bob recognized the Disney photographer.  He knew Sara from a party he’d attended on a previous visit to Los Angeles and, as they were both Disney buffs, they hit it off.  I enjoyed meeting Sara and especially watching her “direct” park guests into amusing poses.  She seemed to be having a great time, which is something I saw in virtually every cast member we met.

One of the things that constantly amazed me about the Disney parks was how much I could enjoy rides based on movies I’ve never seen.  Monsters Inc Mike & Sulley to the Rescue was one of those and left me wanting to see the movie soon.

Bob and I passed on the Golden Zephyr rocket ships ride, which was similar to the rocket ship rides we had in Ohio when I was younger. It wouldn’t be the same without water balloons.  I guess the “water balloons” thing requires some explanation.

At the end of a school year, the students of Sts. Philip and James Parochial School in Cleveland would be bused to a nearby amusement park for a day of semi-unsupervised fun.  My pals and I would fill balloons with water and sneak them on to the rocket ride.  As our individual ships would reach the highest point and be flown around in a circle, we were surreptitiously toss our water balloons into the unsuspecting masses below.  You got extra points if you could land one near a nun.  Did I ever get those extra points?  Hey, I’m taking the Fifth on that one.

Spontaneous mini-musicals and parades are apt to break out at any time in the Disney parks.  We saw the Red Car News Boys singing and dancing their way through a lively rendition of “California, Here We Come.”

On Paradise Pier, we saw “Operation: Playtime” featuring life-size Green Army Men from Toy Story.  Like most boys of my generation, I owned dozens of those hard plastic soldiers.  Unlike most boys of my generation, I often used them to act out super-hero stories of my own creation, but starring the Challengers of the Unknown or the Justice League of America.  I always felt bad for the soldier who played Wonder Woman in my action-packed scenarios.

Before breaking for lunch, Bob and I went to a presentation of the delightful “Muppet*Vision 3-D,” which was like being in the actual audience of The Muppet Show.  No matter how old someone is, if they don’t smile at the antics of Kermit and his crew, they just aren’t right in their head or their soul.

For lunch, we walked back to our hotel and Trader Sam's.  I had one of Rosita’s margaritas and an Angus Hawaiian Cheeseburger.  It wasn’t a cheap lunch, but it was good and reasonably priced, the latter even more so because Bob’s annual Disney membership got us a special discount. The Albino Wonder has powers and abilities far beyond those of ordinary men.

Master amusement park planner that he is, Bob felt we had finished our California Adventure.  However, as we still had time before our aged bodies demanded we call it a night, I suggested head over to Disneyland Park and do some of the tides and attractions there.  I was especially eager to ride the Disneyland Monorail and check out the park from above.

The Monorail took us to Innoventions, which focuses on futuristic inventions.  The main attraction for me were the exhibits featuring props from the Iron Man and Thor films.  As we made our way down to the ground level, we had our second surprise encounter of the day.

Comics fan Craig Smith, a Disneyland cast member recognized me from all the places where I subject my helpless readers to photos or me.  He recognized Bob as well.  We chatted for a few minutes and then Craig gave us a “back stage pass” that could be used on almost any ride in the park.  It truly does not suck to be me.

Bob and I headed over to the Indiana Jones Adventure where we were able to bypass about three-fourths of the line. The ride has great sets and I love examining them.  That’s as much fun for me as the ride itself.

My memory gets a little foggy as this point, but I know Bob and I went on the Pirates of the Caribbean ride shortly after we did the Indiana Jones Adventure.  The number of sets and the attention to detail that went into those sets as you float along a pirate-laden waterway is astounding.  For craftsman and imagination, the ride is outstanding.  As a ride, sad to say, it’s just not very exciting. I’d like to see more action and a faster pace from the attraction. That said, I would love to walk through the ride and see all that cool stuff up close.

From Pirates, Bob and I walked Main Street, U.S.A. looking for an item requested by Harlan Ellison, who we would be visiting in the coming week.  We couldn’t find what we were looking for in the park itself, but we did find two suitable items in the World of Disney store in Downtown Disney.  Mission accomplished.

The personal mission I could not accomplish was finding a clip-on sunglasses.  Despite visiting every Sunglasses Hut booth or store  in the parks, none of them carried clip-on sunglasses.  One young lady, working at one of the outside booths, told me park visitors request clip-on sunglasses at least a dozen times a day.  Yet she’s never been able to convince the company to offer them at the park. It’s not like Disney or a vendor renting from Disney to leave money on the table that way.

We headed back to the hotel, ordered room service for our dinners and watched some television.  I can’t remember what we watched, but Bob probably does.  If you scroll down to the comments section, he will probably share that information while correcting any errors of fact or omission in today’s bloggy thing.  The talents of the man never cease to astound me.

I had one more surprise encounter of the Disney kind on Saturday. Bob wasn’t around for that one.  I’ll tell you about in tomorrow’s bloggy thing.  See you then.