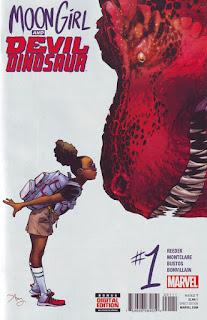 March was an incredible busy month for me. I don’t think I’ve had a busier month (work-wise) since I was completing 1000 Comic Books You Must Read. Here’s what I can tell you about...

I “wrote” 69 pages of Garfield for a Papercutz book that should be out in September. These were comics stories adapted from episodes of The Garfield Show via screen grabs. They were first published in China. I had the original TV scripts and the art work. My job was to put as much of the original scripts into the comics and come up with new material as necessary. That “necessary” turned out to be a lot of new captions and gags, which is why my credit on the book will be “Script Restoration and Additional Dialogue.”

I wrote a 22-page comic-book script for a major publisher. Most of the comics I’ve written in recent years have been for newspaper comic strips. It’s been an adjustment getting back to comic books, but I think I’m back in the groove.

I wrote four “Tony’s Tips!” columns for the Tales of Wonder site. If you’re not reading those every week, you should. Especially if you enjoyed the column when I was writing it for the sorely-missed Comics Buyer’s Guide.

I did the introduction to Marvel Masterworks: Luke Cage, Power Man Volume 2, which will be out in September and which reprints my run on the title.

I put together an entire book: July 1963: A Pivotal Month in the Comic-Book Life of Tony Isabella Volume One. It's a collection of the "July 1963" columns that have appeared in the bloggy thing with expanded entries and additional new material. More details to come.

In addition to the above, I had Black Lightning stuff going on and convention stuff going on and, with Sainted Wife Barb, dealing with my mother-in-law’s Alzheimer’s, her divorce from her scumbag of an ex-husband, her long-term medical care and the sale of her house. With the mother–in-law stuff, there are two to five people I would surely go Jim Corrigan on if I suddenly gained the powers of the Spectre. And I’m talking the Michael Fleisher Spectre.

Life is challenging and sometimes cruel. That’s the way of things. But I like to take time every day to talk briefly about something that cheered me up, that made me feel good, that lifted my spirits. Because, if we don’t take the time to count our blessings, however large or small they might be, we surrender to those who would crush all joy in the name of their own evil agendas. I don’t surrender.

Here is the list of the people and things that made me happy during that most exhausting of months...

March 1: The Great Lakes Comic-Con. Mike DeSantis, his crew and the volunteers put on a terrific event. I shall return.

March 2: The fan who traveled to the Great Lakes Comic-Con from New Hampshire because he wanted to meet comics creators from his youth.

March 3: Morris Dees. As co-founder and chief trial counsel for the Southern Poverty Law Center, he has devoted a lifetime to fighting bigotry and hate.

March 5: Comics Revue. Rick Norwood’s bimonthly anthology of some of the best newspaper strips of all time.

March 6: Shigeru Mizuki’s masterful four-volume Showa: A History of Japan. One of the greatest manga works of all time.

March 7: A&A: The Adventures of Archer and Armstrong. It’s been a wild and weirdly wondrous ride.

March 8: Trevor Von Eeden and I will be appearing at a convention later this year. Only our second joint appearance ever. This is a shameless tease, but I couldn’t wait to post about it, even without the details. I can now tell you Trevor Von Eeden and I will be at this year’s Akron Comicon [November 4-5]. The conventions plans to celebrate 40 years of Black Lightning. Look for more related guest announcements to come. 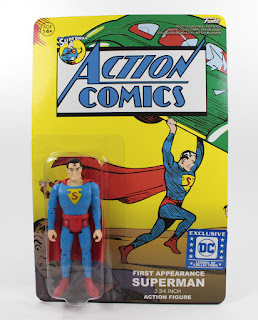 March 11: Maggie Thompson. I’m so blessed to have her in my life.

March 12: Len Wein. His healing factor after surgery is *almost* as terrific as his writing.

March 14: The Frew Publications Phantom comic books from Australia. I especially love reading stories that have never been seen in the United States.

March 15: Getting out of bed at 2 am because I can’t wait to write the script pages bouncing around in my head.

March 16: Getting knocked down, getting back up. I’m fighting the long game. I’m going to win it. 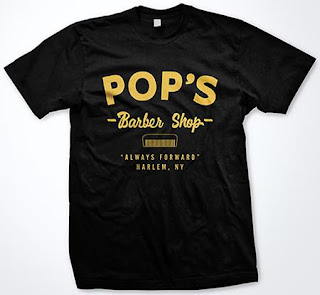 March 18: The Daily Show (The Book): An Oral History as Told by Jon Stewart, the Correspondents, Staff and Guests. A fascinating book on one of the best shows in the history of television.

March 19: Watching episodes of Bones with Sainted Wife Barb and our daughter Kelly. I need to take more nights off.

March 20: Brian Saner Lamken’s wonderful design for my “Certificate of Cosplay,” which I’ll be giving out to qualified cosplays at all of my convention appearances.

March 21: Black Lightning stuff starts shooting today. I don’t have the words to describe how I’m feeling. “Happy” doesn’t begin to cover it.

March 22: Logan. The grimiest Marvel film yet, but very satisfying. Great acting. Great moments. Plus acknowledgments of some of the comics creators whose works contributed to the film.

March 23: Turning in the final manuscript pages of my new book. Oh, there will still be odds and ends to do, but this is always one of the great feelings in a writer’s life. I’ll be announcing the book and its release date soon.

March 24: Mon-El’s growth on Supergirl. Damn, but I love me a good redemption story. 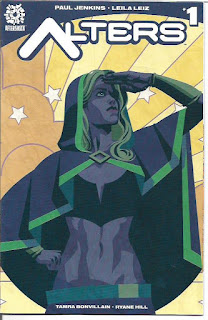 March 25: Alters by Paul Jenkins and Leila Leiz. Four issues in and I’m enjoying it immensely.

March 27: Completing all my March writing gigs and getting back to the bloggy thing to boot.

March 28: On Elementary, a criminal based his crime on one of my favorite movies.

March 29: On Iron Fist, Danny crawls under his dad’s desk and sess stickers of Marvel monsters he placed there as a kid. Can anybody send me a screen grab of that moment?

March 30: First look of Cress Williams as Black Lightning. A great moment for me and the fans. 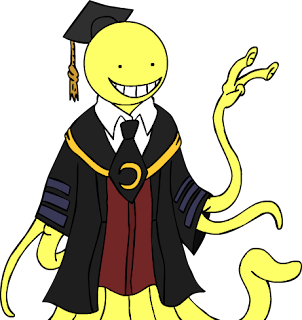 I'm taking a three-day vacation, but I'll be back on Monday with the first part of my report on the Great Lakes Comic-Con.