LINKED IN AND OTHER ANNOYANCES 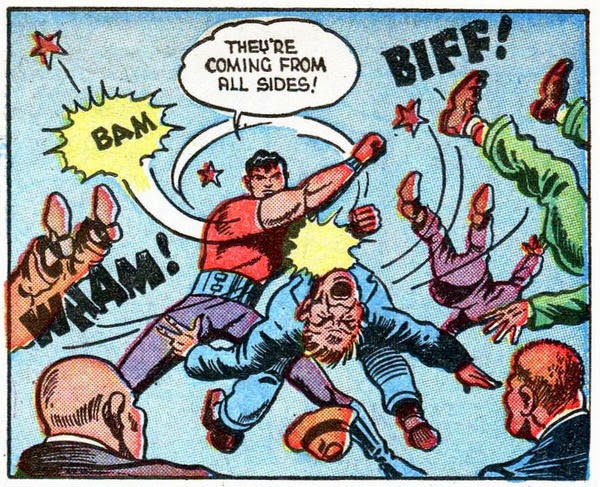 Cue the grumpy old man theme. Today’s bloggy thing is about stuff that annoys me. To get in the mood, I’m hiking up my pants a good three inches above my navel.

Sending me Linked In invitations is a waste of your time.  I’ve not been a member of that social network in at least two years because I found it pretty much useless. For me. I have a good friend who swears by it and I’m happy for him.

I was never contacted about a job while I was on Linked In, though I was contacted by folks who wanted to sell me cars or real estate. My most major interaction on Linked In was one I came to regret in a matter of months.

I was contacted by a former colleague from a comics publisher.  The person asked for and received a recommendation from me. Apparently, I was the only connection who wrote one for the person.  I was thanked for something I had been happy to do and I figured that was pretty much the end of it, save for an occasional e-mail note.  I would’ve been good with that.

What I got was to be included on this person’s mass e-mailing list. You know the sort. Cute photos of someone else’s children or pets. Inspirational stories that were almost certainly not true. Shocking revelations which could almost instantaneously be proven false with a quick visit to Snopes. So many boring e-mails that meant nothing to me. E-mails I succeeded in ignoring. Until the day when my once-colleague sent somewhere between a dozen to twenty of them in one day. Enough.

I was less civil than I could have been. I instructed this person IN ALL CAPITAL LETTERS to never send me another e-mail. I was told I must be having a bad day and was taking it out on the person. With no realization whatsoever from the individual that the barrage of e-mails might in any way have contributed to this mythical bad day I was allegedly having. Arrgh!

I had left Linked In before this incident. I shudder to think what other annoyances I have avoided by leaving when I did.

If someone wants to hire me for some project or work with me on a project, I am easily contacted via e-mail.  I’m not really looking for work at the moment, but I’m also NOT not looking for work.  If something cool comes along, I can and would fit it into my insane schedule.  However, because of existing commitments, I wouldn’t be able to consider any new work until June. If you want to discuss a gig for June or later, contact me.

One of the many joys in my life is posting remembrances and happy birthday greetings for comics creators or other people important to me on my Facebook page. A couple years back, I was horrified when a now-former Facebook friend posted a rant about how much he didn’t like the creator I was remembering. His follow-up posts were worse and I unfriended him.

It amazes me that I have to state this from time to time, but, if someone doesn’t like the person I am remembering or wishing a happy birthday to, then they shouldn’t post a comment to the thread.  I know the swiftness of online communication has, for some, crippled their ability to think about what they are posting before the post it. They need to work on that.

Give your comments-to-be a few moments of thought before engaging your Internet piehole and posting something that makes you appear to be an asshat. It’s what Jesus would do.

If you say something bigoted or in some other way awful, you do not get a free pass by staying you’re “politically incorrect.” What you are is, at best, a self-delusional jerk or, at worse, a person who is deliberately being an asshat.

Something else I loathe is the non-apology: IF you were offended by what I say. The intent is to deflect the offense from the one who gave it to the person they offended.  It’s a non-apology and it is not acceptable. Whether you apologize or not, own up to the crappy thing you said. You said it. You own it.

It both amuses me and annoys me when someone with no particular standing among comics creators dismisses Alan Moore as irrelevant. It's an absurd statement because ripples from Alan's work have been part of the conversation for decades and continue to be so. I suspect this sort of statement comes because Moore's positions on the creator/corporate dynamic forces some comics fans to think about the comic books they purchase, forces them to maybe not feed the monkey on their backs with a particular comics series. Of course, there are more fans - probably the majority, sad to say - who don't give a rat's ass about the creators who actually make the comic books they have loved and love. Because, if they care, sales on Before Watchmen wouldn't have cracked three digits and sales on DC's various bastardizations of Black Lightning wouldn't crack two digits. Of course, my speculations are no better than the next guy's. My only advantage in such discussions that I've actually created comic books, some of them quite good. Alan has created more comic books, many of them brilliant. But Alan Moore irrelevant? Absurd.

First off, as I did on Facebook, I apologize for the snarky comment about “someone with no particular standing among comics creators.” It was a dick move and I try not to be a dick.

Secondly, I stand by the rest of what I wrote.

Thirdly, semi-related, as much as I love discerning readers telling me how much they love my comics writing and want to see me writing comics again, it kind of sort of dismays me that what they really want is to see me writing Black Lightning and Champions and Hawkman and Ghost Rider and It! The Living Colossus and pretty much every other comic book I’ve written for DC or Marvel.  When I wrote Grim Ghost for the short-lived Atlas Comics a few years back, it didn’t sell as well as it would have if those readers who said they wanted to see me writing comics again had bought it.

I love a lot of those characters a lot. I would write most of them again if I had the opportunities.  But no one is breaking down my door or even e-mailing me to discuss my writing them again.  Even if they did contact me, they might not want me to write the kind of stories those readers of mine loved...or I might not want to write the kind of stories the editors/publishers want...or, given that I am a grumpy old man who likes to do things his way and not rewrite my stories endlessly to satisfy editor/publisher whims...none of us might be able to help those new stories happen.

I’m still hoping and planning to write new comic books. I’m hoping to get them drawn and published while exploring ways of doing that.  But they won’t be comic books featuring any of our old favorites.

I know I want to write these comic books.

Do you want to read them?

Posted by Tony Isabella at 4:33 AM