THE SHADOW #81: MURDER EVERY HOUR 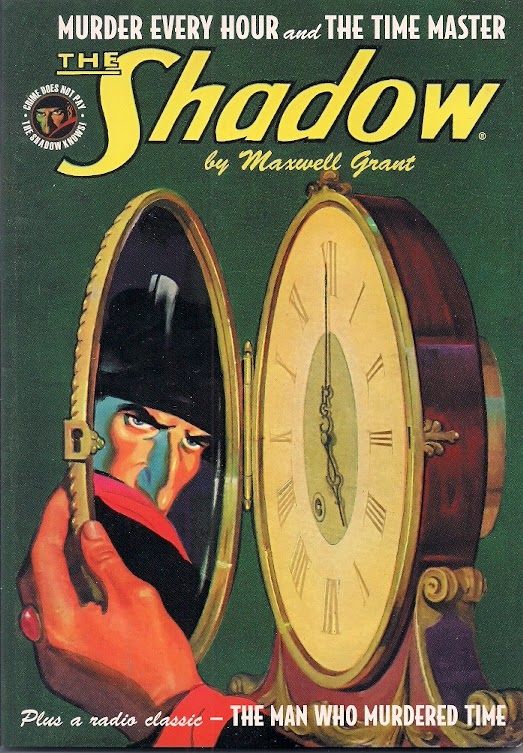 Sanctum Books, the publishing company owned and operated by my pal Anthony Tollin, has been releasing new books faster than I’ve been able to keep up with them. But I’m going to keep trying to tell you about these fine publications.

The Shadow #81: Murder Every Hour and The Time Master [$14.95] is a time-themed volume representing two novels by Walter B. Gibson -  writing as Maxwell Grant - and a bonus radio classic.

“Murder Every Hour” hails from the June 1, 1935 issue of The Shadow Magazine. From the back cover:

Murder Every Hour strikes relentlessly until the time arrives for the Shadow to ring in the midnight hour!

“The Time Master” was first published in The Shadow Magazine for April 1, 1941. From the back cover:

Super crimes are perpetuated with split-second precision by the minions of The Time Master.

“The Man Who Murdered Time” was broadcast on January 1, 1939. In his historical essay, Will Murray has this to say about the radio program episode: “Unlike Gibson’s grounded-in-reality novels, this is a flight into fantasy in the vein of H.G. Wells’ immortal novel, The Time Machine. Be prepared to experience one of the wildest Shadow adventures ever conceived.”