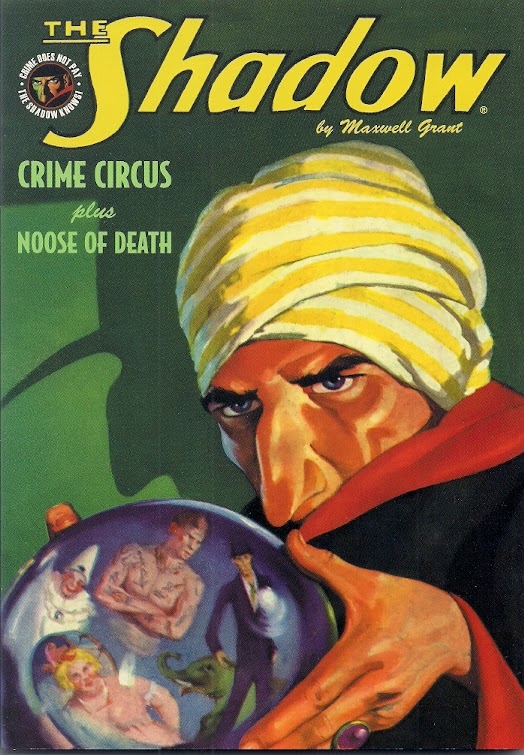 Sanctum Books, the publishing company owned and operated by my pal Anthony Tollin, has been releasing new books faster than I’ve been able to keep up with them.  I’m going to try to tell you about the recent releases this week.

The Shadow #79: Crime Circus and Noose of Death [$14.95] features a classic novel by Walter B. Gibson and one by Theodore Tinsley, both writing as Maxwell Grant.  “Crime Circus” is the Gibson tale and it was originally published in the April 15, 1934 issue of The Shadow Magazine.  It’s an “off-trail” adventure that takes place in a traveling circus.  From the back cover:

The Shadow uncovers racketeers behind the glamour and gaiety of a Crime Circus.

Tinsley’s “Noose of Death” is also an “off-trail” thriller, ranging from a big-city rodeo to a dude ranch. This story first appeared in the July 1, 1939 edition of The Shadow Magazine. From the back cover:

An off-trail mystery leads the Shadow from a Manhattan rodeo to a dude ranch to save innocent victims from the strangling coils of the Noose of Death.

Rounding out the book are the usual informative historical essays by Will Murray and Anthony Tollin, including a Tollin-written piece on Shadow artists Tom Lovell and Edd Cartier.