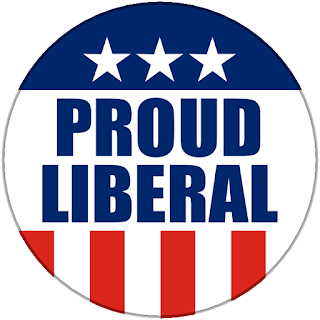 Right off the bat - no spoiler warning necessary - let me state the obvious. I’m a proud progressive liberal. I like being on the right side of history and morality. I realize this will annoy and anger some of my readers. I’d like to think that, if they stick around, they will recognize that my positions are good for the country and the world. Failing that, I hope they will, at least, accept there is a legitimate other side and that we don’t hate America or want to destroy it. I don’t even want to take away all your guns.

I have been kicking around this bloggy-within-the-bloggy for well over a year. I even wrote a few practice columns with titles like “President Tony” and “Emperor Tony.” But, in our democracy, despite all the challenges posed to it by the uber-wealthy and those who, usually against their own best interests, side with them, it’s the citizens who can and should steer our nation.

What I have in mind for this hopefully weekly feature is to simply tell you where I stand on the important issues of the day. When I speak with conservatives who don’t shame the name, they generally come to realize that my positions make sense. At a recent event, I listened to a conservative go on and on about Hilary Clinton. The conversation ended when I asked if he really thought Donald Trump  would be better for America than Clinton. The man literally bowed his head in anguish and said softly, “No.”

He believed this would be the death of the Republican Party. I told him I thought that would be a good thing...because then those real conservatives, the patriots, the ones capable of not automatically dismissing any ideas put forward by Democrats (including ideas that originated on the right) would have the opportunity to bring forth a conservative party that would be a boon to our land.

One thing this weekly feature will not be is a column that dwells on the upcoming elections. For me, when it comes to the President, the choice is clear. Trump proves his unsuitability for the office with nearly every public utterance. Clinton, for all her flaws and despite decades of savage and untruthful attacks from the Hilary hate machine, is qualified to hold the highest office in our land. She might not have been my first choice, but, in the here and now, she is the best choice.

My choices for down-the-ballot candidates are also clear. With the strangleholds the zealots of the right have on our Congress and our state houses, I feel I have to vote against Republicans. The only exceptions will be those races in which I either know a candidate personally - which can work for or against them - or when the non-Republican candidate is clearly unsuited for the office they seek.I do my homework before I vote, even to the so-called non-partisan races for judges, school board members and the like.

While I realize that insults have become part of the process, I’ll do my best to avoid them in this feature. We have plenty of folks making hilarious and not-so-hilarious jokes about the candidates. Besides, the Trump/orange creamsicle riposte I have been working on just isn’t coming together.

Something else...these weekly political statements will be shorter than my usual bloggy things. While putting my positions into action and making them work is complicated, the basic common sense behind them isn’t.

“Citizen Tony” won’t have a set day. For the immediate future, it will run in between convention reports and comics/movies reviews. While I have putting good idea of the subjects I want to discuss, I’m also open to suggestions from my readers.

If my political writings turn you off, you can and should take some comfort in knowing I’ll still be writing about all that other stuff you like better on the other six days of the week. These “Citizen Tony” columns will be clearly labeled as such.

I’ll be back tomorrow with the start of my PulpFest 2016 convention report. Place your bets now on how many days it will run.