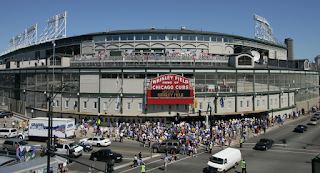 Concluding my report on G-Fest XXIII...

Saturday evening saw me back in Ballroom 2 well before the costume parade. The room was already filling up, but I saved a seat for my son Eddie. I caught the concluding round of the G-Party quiz game and, once again, was astonished by the kaiju trivia mastery of the three contestants. This was followed by a raffle draw and a brief but exciting charity auction.

The costume parade was great fun. There were a lot of costumes that were cute and several that were awesome and a few that were laugh out loud funny. Nothing topped the convention’s own Gfantis costume - the creature is sort of the mascot of G-Fest and G-Fan magazine - but I was impressed by this terrific event. In short, a wonderful time was had by all.

There were late-night movies at both the convention and the nearby Pickwick Theater, but neither Eddie or I had enough energy left for that. We had what I sort of recall was a light meal at the hotel’s Visibility Bar and then returned to our room.

Our Sunday plans were to spend a few final hours at G-Fest in the morning and then drive into Chicago to see a Cubs baseball game at the legendary Wrigley Field. I chatted with Dave Nunes for a spell.  He gave me some tips on finding parking near Wrigley as the field doesn’t actually have a parking lot.

I thanked J.D. Lees for the convention and, particularly, how very welcome he and the rest of the fans and staff made me feel. I also said goodbye to Martin and Pam Arlt, who did so much to make this G-Fest pilgrimage happen.

Eddie and I had considered various options for getting to Wrigley, but driving there and parking as close to the stadium as possible was the best option, if only because, after the game, it would put us on the road home as soon as possible.

What seems to be the situation with Wrigley parking is that there is a company that organizes neighborhoods to provide parking for Wrigley visitors in their driveways and garages. Then some people who live in those neighborhoods direct visitors to various spots. We ended up with Teng’s Parking and in a driveway under one of the overhead train lines and just two locks south of Wrigley Field at a cost of thirty bucks. That’s about or maybe a little less than it would cost us to pack at a Cleveland sporting event. 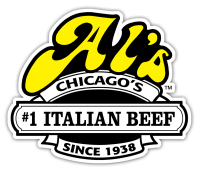 Eddie’s quest for Italian beef was still going strong. We stopped at Al’s Italian Beef, which was maybe a block from Wrigley. Eddie liked their sandwich a lot, but still thought Johnny’s was better. On the rest of the walk to the ballpark, we passed more bars than I could count. This was a busy area.

Wrigley Field is a beautiful old-fashion stadium. It doesn’t have the bells and whistles of newer structures, but it feels like the real deal. We had good seats on the left field side of the park and a good view of the action.

The Chicago Cubs fans are tremendous. They were friendly and fun to be with. Our favorite beer vendor would sing little ditties while serving his customers. Eddie had another Italian beef sandwich and a Chicago dog. I settled for a hot dog.

One of the things that impressed me most was the presence of a gay couple near us. The two women were clearly a couple and didn’t hide their love for one another. They weren’t remotely in anyone’s face. They were just being natural. No one got in their faces, not even to giving them...that look. They were just two more Cubs fans and that made me smile.

Eddie bought a scorecard and filled it out from the game’s start to its finish. Alas, the Cubs did not win that day. But I really hope they make it to the World Series and win it all. Unless the other team is the Cleveland Indians. Hope springs eternal.

The drive back to Medina was uneventful. We talked about how much we enjoyed G-Fest and Chicago in general. We plan to return to the convention and the city. We might even tack an extra day onto each end of the convention so we can do more things. 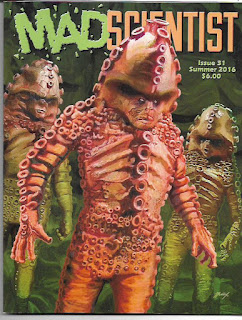 Going through my G-Fest files, there are two more items I want to share with you. The first is the cover of the latest issue of Mad Scientist, which publisher/editor/chief writer Martin Arlt gave to me during the convention. I’ve written about this great magazine on several occasions and, though I haven’t read this issue yet, I bet it will earn another glowing review. 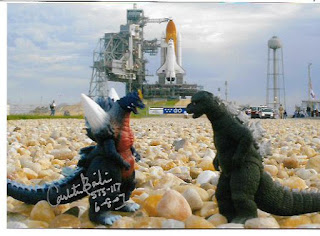 Then there was this classified image, given to me by photographer Carleton Bailie, one of the many fine people I met at G-Fest XXIII. Thankfully, Ant-Man was there to save the space shuttle from utter destruction in what would have been a devastating battle.

I’ve been talking about G-Fest to anyone who would listen since I got home from Chicago. I praised it at Pulpfest. I proclaimed its magnificence at Monsterfest Mania. I testified to its wonderfulness at NEO Comic-Con. I’ve spread the word on my Facebook pages, on the First Church of Godzilla Facebook page and wrote about it today and for the previous four days. It was much more than I ever dreamed it would be and I’m not known for small dreams.

If Godzilla is kind, I’ll be back next year.

I’m taking a day off from the bloggy thing, but I’ll be back here on Wednesday with another batch of comics reviews. That bloggy will be followed by either the launch of a new bloggy-within-the-blog or the start of my PulpFest 2016 report. See you then.

Posted by Tony Isabella at 9:22 PM